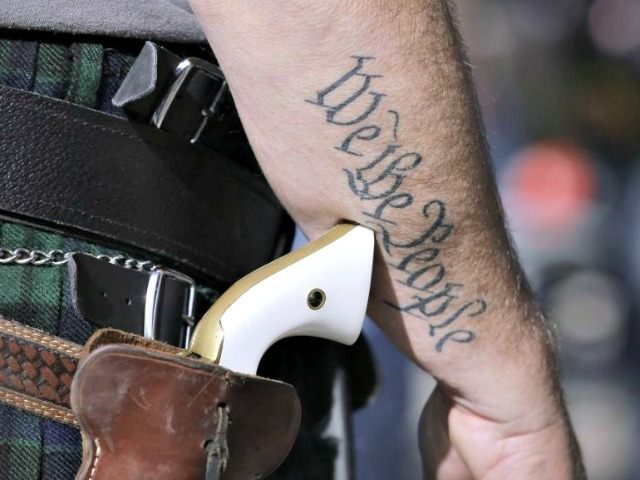 The United States Court of Appeals for the Ninth Circuit ruled Tuesday that openly carrying a firearm in public is constitutional.

The ruling, issued by a three-judge panel, is a rebuttal to Hawaii’s claim that Second Amendment protections only applied to carrying a gun openly in one’s home.

Reuters reports that the case was brought by George Young, after Hawaiian official “twice [denied] him a permit to carry a gun outside.” A District Court ruled that the denial did not infringe rights protected by the Second Amendment, but the Ninth Circuit panel disagreed.

Ninth Circuit Judge Diarmuid O’Scannlain wrote, “We do not take lightly the problem of gun violence. But, for better or for worse, the Second Amendment does protect a right to carry a firearm in public for self-defense.”

The ruling for the constitutionality of openly carrying a firearm in public comes a week to the day after a Ninth Circuit panel upheld the ruling which blocked California’s “high capacity” magazine ban.

Both rulings can be appealed for the Ninth Circuit to hear en banc. After that, the next stop for either ruling would be the Supreme Court of the United States.
Posted by Brock Townsend at Tuesday, July 24, 2018