Letting the South Go in Peace 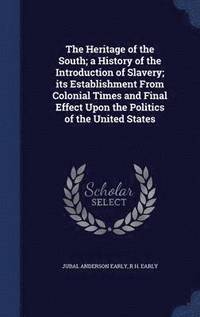 John Quincy Adams of Massachusetts, President from 1824 to 1829 and later speaking of the proposed annexation of Texas in the late 1840s, stated: “We hesitate not to say that annexation of Texas, effected by any act or proceeding of the Federal Government, or any of its departments, would be identical with dissolution. It would be a violation of our national compact . . . not only to result in a dissolution of the Union, but fully to justify it . . .” Secession from the Union was an original New England idea, and flouted whenever it determined its influence in the Union was being diminished. It was an idea later adopted by the South, but by then New England had control of the federal apparatus and would not allow its national power to be diminished. Coercion followed.
7Bernhard Thuersam, www.Circa1865.org   The Great American Political Divide

Letting the South Go in Peace

“In regard to this question of the right of the States to withdraw, and the power of coercion, is it not appropriate to call attention to the following views expressed by Mr. Horace Greeley, one of the ablest writers and firmest supporters of the Republican, or, abolition party. In an article published in the New York Tribune a few day[s] after the election of Lincoln in 1860, and reproduced in his work styled “The American Conflict,” he says:

“That was a base and [hypocritical] row that was once raised at Southern dictation about the ears of John Quincy Adams, because he presented for the dissolution of the Union. The petitioner had a right to make the request; it was the member’s duty to present it.

And now when the Cotton States consider the value of the Union debatable, we maintain their perfect right to discuss it. Nay! We hold we hold with Mr. Jefferson, to the inalienable right of communities to alter or abolish forms of government that have become injurious or oppressive, and if the Cotton States shall decide that they can do better out of the Union than in it, we insist upon letting them go in peace.

The right to secede is a revolutionary one, but it exists nevertheless, and we do not see how one party can have a right to do what another party has a right to prevent. We must ever resist the asserted right of any State to coercion in the Union, and to nullify and defy the laws thereof; to withdraw from the Union is quite another matter.

And whenever a considerable section of our Union shall deliberately resolve to go out, we shall resist all coercive measures to keep it in. We hope never to live in a republic whereof one section is pinned to another by bayonets.

But while we uphold the practical liberty, if not the abstract right of secession, we must insist that the step be taken, if ever it shall be, with the deliberation and gravity becoming so momentous an issue. Let ample time be given for reflection, let the subject be fully canvassed before the people, and let a popular vote be taken in every case before secession is decreed.

A judgment thus rendered, a demand for separation so backed, would either be acquiesced in without effusion of blood, or those who rushed upon carnage to defy or defeat it, would place themselves clearly in the wrong.”

It would be hard to conceive language more forcible for defining the right of the States to withdraw and the wrong and criminality of the attempt to coerce them when they had exercised that right, than this of Mr. Greeley’s.”

(The Heritage of the South: A History of the Introduction of Slavery; Its Establishment from Colonial Times and Final Effect Upon the Politics of the United States, Jubal Anderson Early, Brown Morrison Co., 1915, excerpts pp. 96-97)