Is Obama Mentally Fit To Serve As President? 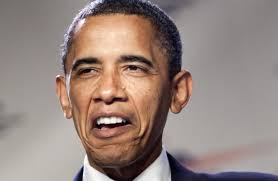 American history proves that, in the past, many of our leaders have suffered from mental illness. For me, I tend to believe that quite a few of our Presidents had mental health issues of one kind or another. After all what person desiring any peace in their lives would want the job of U.S. President under the best of conditions. However, it appears that there are an abnormal number of eccentricities residing in President Obama and I genuinely wonder if he is mentally fit to run our Republic.

In layman’s terms: Obama is egocentric, always late to work, never gets his work done one time, takes a lot of time off to recreate and party, loves to be the center of attention, hates to be questioned, holds a grudge, associates with reckless ideologues, deludes himself into believing his own lies, avoids responsibility, never admits he made a mistake, thinks stealing is perfectly reasonable, has empathy issues, spends recklessly, has a messiah complex, takes credit for things he never did, can’t argue honestly, is thin skinned, can’t be trusted to keep his word, is uncomfortable in public (unless at a distance), exhibits signs of paranoia and doesn’t have a problem with risky sexual behavior. Just to name a few of the things causing me to wonder about his mental fitness.

And this is the man America has elected to—among many other important issues—walk with a nuclear football and decide if I or any one of us are an imminent threat to national security?

Personally I don’t think Obama could pass a drug test, much less a psych exam.