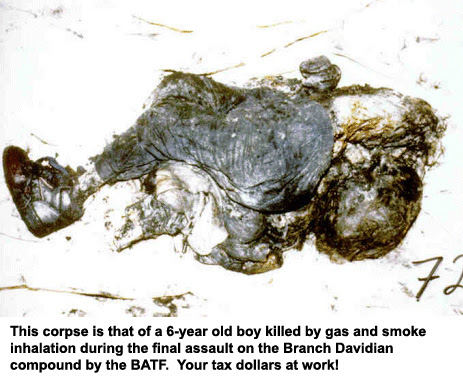 On 28 February a gun battle erupted at a "compound" of the Branch Davidians in Waco, Texas when Bureau of Alcohol, Tobacco, & Firearms Agents attacked. Two days before some of those same agents had been shooting together at a firing range with David Koresh, head of the Davidians.

A 51 day standoff began, and finally the government had to attack the compound with armored personnel carriers and gasoline -- or was it napalm? -- to "save the children." Well, torch the children, save the children, it's an easy mistake to make if you're a US attorney general. Few Davidians survived.
Posted by Brock Townsend at Thursday, February 28, 2013