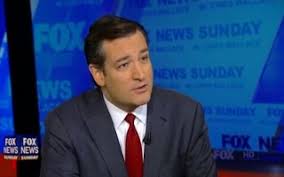 Via comment by Anonymous on Gun-rights testimony from a communism survivor: “Y...

“When President Obama’s own Supreme Court nominees join their colleagues in unanimously rejecting his Administration’s call for broader federal power six times in just over one year, the inescapable conclusion is that the Obama Administration’s view of federal power knows virtually no bounds,” said Sen. Cruz. “This is a deeply troubling pattern that we will continue to highlight as long as this Administration continues seeking ways to expand its power in direct violation of Americans’ constitutional rights.”

Sen. Cruz’s report highlights the six cases that the Supreme Court has unanimously rejected since January 2012. Had President Obama’s Department of Justice been successful in its cases, the federal government would have the power to:
The arguments advanced in these cases demonstrate an astonishing view of federal power on behalf of the Obama Administration that is worthy of further examination. View the full report below: