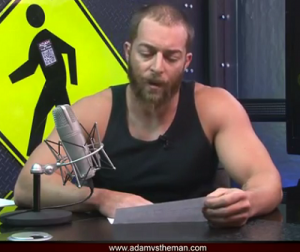 In a statement released from a Philadelphia federal prison, former marine and now imprisoned activist Adam Kokesh called for a new American revolution, complete with an American Revolutionary Army that would march on all 50 state capitals to put the federal government on notice.

Kokesh had previously planned an Open Carry March into Washington DC this July 4th but was arrested on May 18th while speaking at a marijuana legalization rally. Police later charged Kokesh with assaulting a federal officer despite the fact that numerous videos of his arrest show him doing absolutely nothing to any of the officers.

The full statement from Kokesh was read by comedian and activist N.A. Poe outside the Philadelphia federal prison and is printed below: