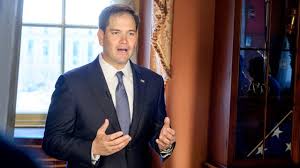 Senator Marco Rubio appeared on a special edition of the Hannity show last night on behalf of the Gang of Eight’s immigration bill, otherwise known as Schumer-Rubio. His case for the bill was unpersuasive and, at times, incoherent. You can see substantial portions of the show in three online videos.

An example of the fundamental problem comes at around 9:30–9:50 into the first video, where Rubio responds to the claim that the border security provisions of the bill are too weak and too dependent on the actions of unwilling enforcers to be trusted. Here’s my transcription of Rubio’s reply:


“The problem is that people do not trust this administration and the federal government in general to do the law. So it’s pretty straightforward and I tell this to people all the time. If we can figure out a way to write a bill that ensures that the border will be secured, I believe immigration reform will happen. If we cannot do that or fail to do that, I do not believe immigration reform can or should happen. And so really, this issue at the end of the day is about getting that part of it right.”