Via The Vulgar Curmudgeon 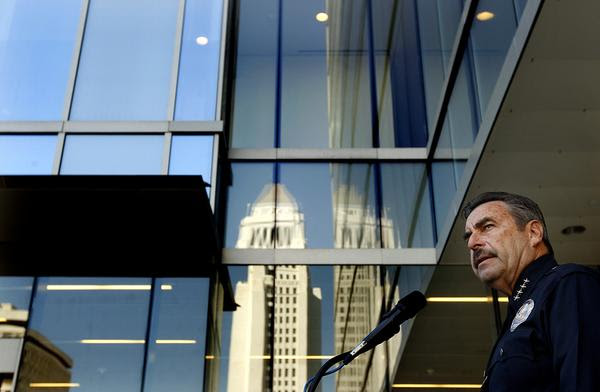 The FBI is investigating whether members of the Los Angeles Police Department's elite SWAT and Special Investigations Section units violated the law by purchasing large numbers of custom-made handguns and reselling them for profit, according to interviews.

The move comes after an earlier LAPD investigation found no wrongdoing on the part of officers. But on Friday, Los Angeles Police Chief Charlie Beck acknowledged that that probe was "clearly lacking" and said the department has opened a second investigation of the weapons transactions that is still ongoing.

Suspicion over the guns first arose in May 2010, when a lieutenant in the LAPD's Metropolitan Division, which includes SWAT, attempted to inventory the division's weapons, according to a whistle-blower lawsuit filed by the lieutenant and a report last year by the LAPD's inspector general, Alex Bustamante.

While accounting for the weapons, Lt. Armando Perez discovered that SWAT members had purchased an unknown number of pistols from the gun maker Kimber Manufacturing and were "possibly reselling these Kimber firearms for large profits to people outside of Metro SWAT," according to the lawsuit and Bustamante's report.