Obama's verdict on presidency: 'I should go home' 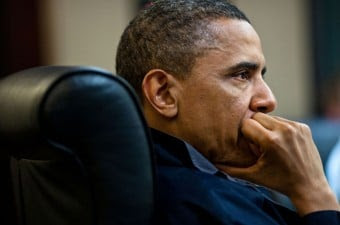 A forensic profiler whose career has included work on the double-murder case against O.J. Simpson and the Natalie Holloway disappearance says recent comments from Barack Obama reveal – again – that he believes his presidency is illegitimate.

Andrew G. Hodges, M.D., who wrote “The Obama Confession: Secret Fear, Secret Fury,” explained in an analysis of the president’s recent statements for WND that Obama keeps harping on a theme.

The comments included during a recent press conference, when “the press noted his unusual glum mood” and Obama wisecracked, “If you put it that way, maybe I should just pack up and go home.”

Wrote Hodges, “His super-intel sees the real issue of his illegal presidency and what he should do – leave office. Obama’s true moral compass cannot stop holding himself accountable even if Congress won’t. In fact, he directed further comments at them.”

At that point, Obama said Congress “should be thinking about what is going to happen five years from now, 10 years from now, or 15 years from now. The only way to do that is for them to engage with me on coming up with a broader deal and that’s exactly what I’m trying to do.”

Hodges previously said Obama’s statement “I am not a dictator” actually meant, “I am the dictator president,” and concluded Obama unconsciously confessed to stealing the 2012 election.