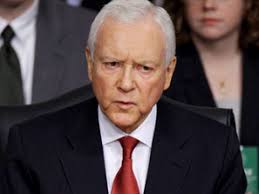 Sen. Orrin Hatch declared in an exclusive Newsmax TV interview that Acting IRS Commissioner Steven Miller "basically misled me and purposefully did so" when he told legislators three times last year that tea party groups were not being targeted by the agency.

"He purposely misled me because he knew better," the Utah Republican told Newsmax on Tuesday. "That bothers me quite a bit.

"One reason they're apologizing right now is they know the investigative arm is about to take them to task -- and there are whistleblowers, too, who know that this has been wrong," Hatch said.