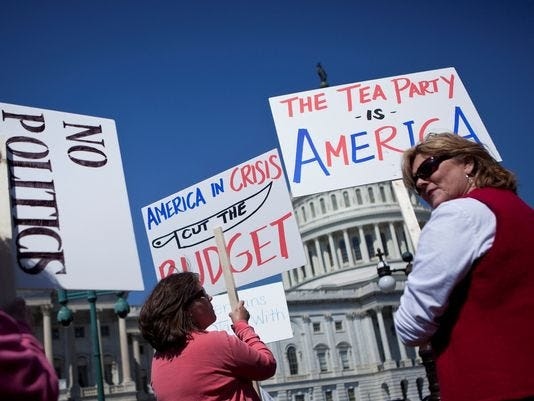 In February 2010, the Champaign Tea Party in Illinois received approval of its tax-exempt status from the IRS in 90 days, no questions asked.

That was the month before the Internal Revenue Service started singling out Tea Party groups for special treatment. There wouldn't be another Tea Party application approved for 27 months.

In that time, the IRS approved perhaps dozens of applications from similar liberal and progressive groups, a USA TODAY review of IRS data shows.