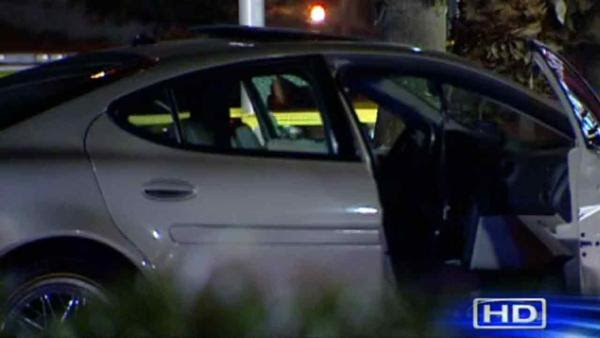 A carjacking suspect was shot and killed in north Houston Tuesday night, and authorities say the alleged victim pulled the trigger.

It happened around 9:30pm at a McDonald's drive-thru off West Little York near Interstate 45 North.
Police say two men got out of a green Honda and pulled a gun on a man in the parking lot.

According to police, the man who was robbed was trying to rent a movie from the Red Box when he was approached by the suspects, who took his keys and phone. But the suspects apparently didn't realize the victim had a license to carry a gun.

The suspects got into his car and started backing out. That's when police say the car's owner pulled his gun and started shooting at the carjackers.