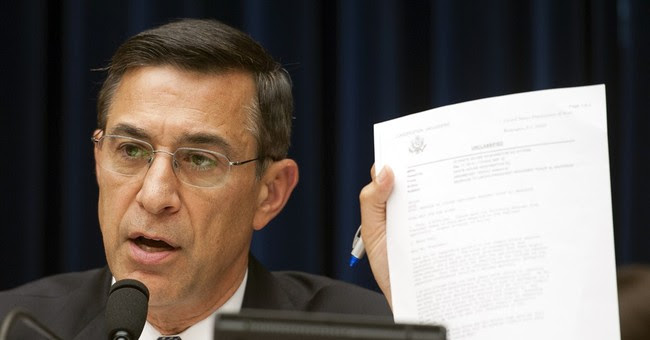 The State Department's own hypocrisy was revealed when Issa reminded Kerry that during the ARB investigation, the cited reason for refusal was a non-issue and the claim to "'insulate'" witnesses from "'any perception of political influence or political accountability in fulfilling their responsibilities' actually creates the impression that the Department is exerting its own political influence to prevent survivors from speaking to Congress."


In conclusion, Issa requested the State Department make available those witnesses who survived the Benghazi attacks to the Committee by Sept. 24, 2013, or he would consider the use of "compulsory process."


While Congress debates and eventually votes on the possible military action against Syria, it must also continue to deal with the unsolved and unresolved terrorist attack on the American outpost in Benghazi, Libya. It has been previously reported that as many as 21 Americans were working in the CIA annex near the outpost, and Congress has been pushing to interview those survivors. Previous reports also indicated that the CIA was routinely polygraphing its operatives in an effort to keep secret any information surrounding the incidents on Sept. 11, 2012, in Benghazi.

On Monday, Secretary of State John Kerry, informed Congress he "will not honor the request to make Benghazi survivors available for questioning," according to CBS news reporter Sheryl Attkisson and reported by The Blaze.