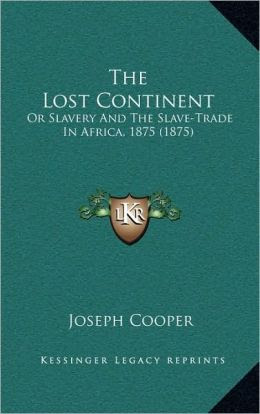 Nearly forgotten and overlooked in history is the fate of Chinese slaves in Cuba, and Peru. English Captain F. Trench Townsend reported: “Though the fate of the poor African slave in Cuba is horrible, that of the unfortunate Asiatic . . . struck me as more pitiful.” New England-captained slave ships were being caught off Cuba in 1859 by future Confederate Capt. John Newland Maffitt.

“No words can describe the lot of the Chinese in Peru.  The system commenced in 1849, between which year and 1869, it appears that ninety-thousand Chinese have perished in Peru. What are the causes which have produced this fearful mortality?

The truest causes may probably be found in an important paper submitted by Mr. Murrow, to a meeting of the Association for the Promotion of Social Science, in the latter year [1869].

Mr. Murrow states that the rate of mortality on the passage from China to Peru in immigrant ships has certainly been twenty-five per cent.  The principal mortality takes place after arrival in Peru.  The coolies in guano work are goaded to their labour under the lash.
The taskmasters are tall, African Negroes, “who are armed with a lash of four plaits of cow-hide, five feet in length, and an inch and a half thick, tapering to a point.”

This weapon is little used during the early part of the day, but about four o’clock in the afternoon it is put into constant requisition, for the purpose of compelling the coolies, who, from weakness or other cause, fall short in the completion of their allotted task.

“The slightest resistance is punished by a flogging, little short of murder, the first six or twelve cuts stifling the agonizing cries of which ring through the fleet.  There is no tying-up, the nearest Chinaman being compelled, by a cut of the lash, to lay hold of an arm or leg, and stretch the miserable sufferer on his stomach on the guano.

The mere weight alone of the lash makes the bodies shake, blackening their flesh at every blow, besides cutting into it like a sabre, and when a convulsive movement takes place a subordinate places his boots on the shoulders to keep the quivering body down.”

On this subject, in commenting on the able speech of Sir Charles Wingfield, in the House of Commons in 1873, the [London] Times says:

“In Peru the fate of the imported coolies is even more abominable.  They are sent to work in the guano pits on the islands which produce that unsavory wealth; they are beaten and chained and passed by bargain and sale from master to master . . . There is a military force to guard them, and to crush any violence to which despair may drive even the most timid of men.  Hope of escape, save by death, there is none; and hence suicide is a common practice, regularly estimated in the probable cost of the labour supply . . . “

To recruit free men in China, imprison them in barracoons, guard them with soldiers, induce them to sign contracts, convey them to Peru and on arrival compel them by force to labour in the guano pits, is that which it might have been supposed no man could have been found to defend . . . [but] shows that a man may be blinded with guano [profits] as effectually as with gold.

A new Treaty has just been negotiated between the Empress of China and Peru, providing for the continuance or renewal of Chinese coolie traffic.  The British envoy at [Peking] has had a hand in the negotiation . . . [but] it is deeply regretted that if called in at all, he did not enter his emphatic protest against the whole affair.”