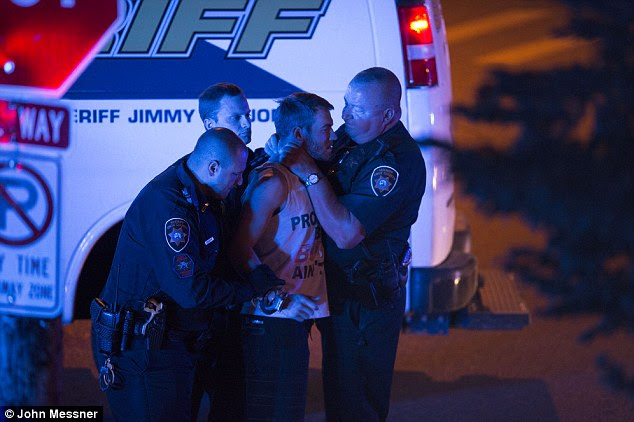 A Tennessee photographer has captured the frightening moment a police officer used what looks like excessive and unnecessary force on a college student.

The sequence of photographs show the young man, Jarod Dotson, 22, from Knoxville, complying with Knox County deputies as they lead him to a police van at the University of Tennessee, before an officer uses two hands to choke the student until he is unconscious.

Dotson was arrested, along with a number of friends, during a wild college party celebrating after a week of finals that spilled out onto the street on Saturday night.