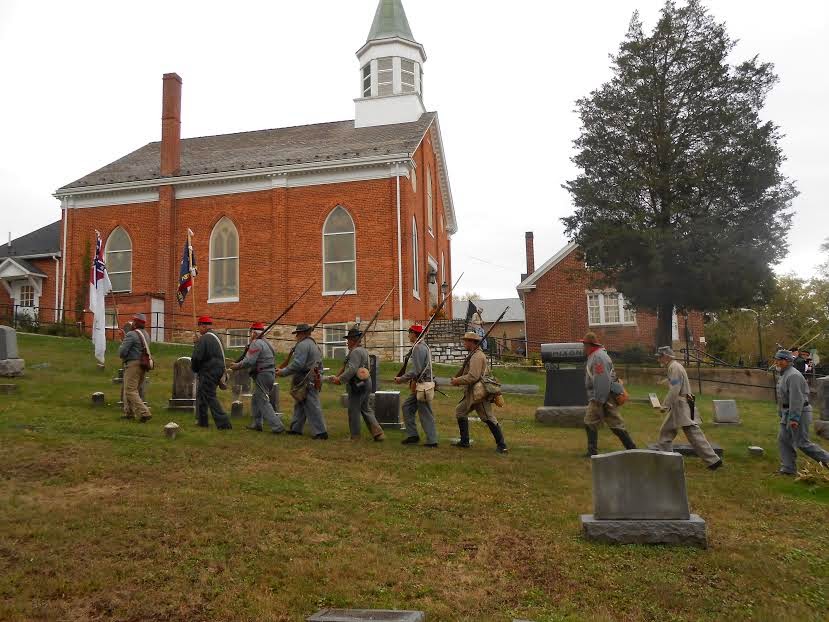 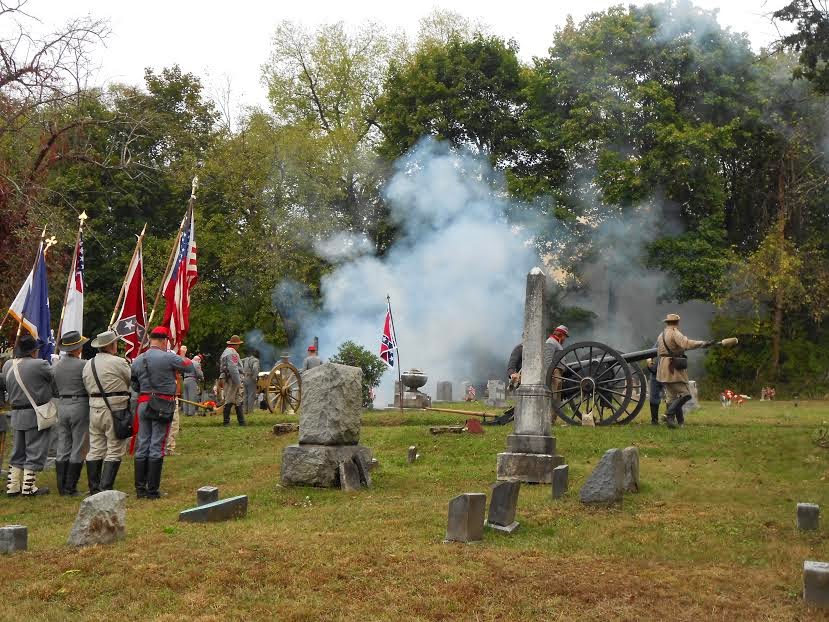 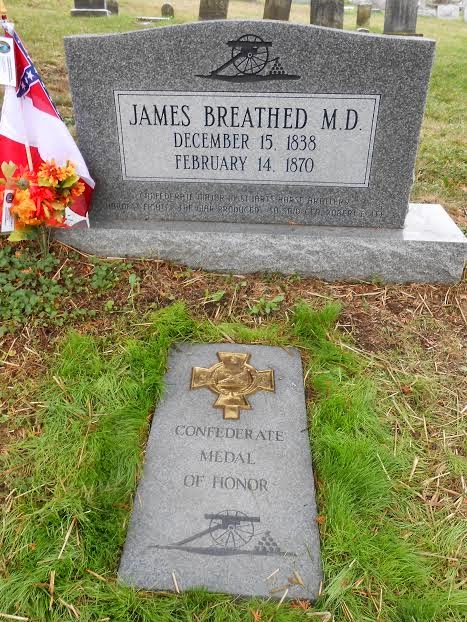 I saw the Medal of Honor story on your site. Confederate heroes have their own medal of honor
As Maj. Breathed was an officer in Stuart's Horse Artillery & since I a reenact in a battery named for Stuart's Horse Artillery, one of Breathed's descendants invited us to the ceremony.
We marched through Hancock, provided an Honor Guard and fired canon after the ceremony. I have attached some pictures.
The canon on the right in the picture was an actual original federal tube that was captured and used by Stuart's Horse Artillery.
Since I had at least seven ancestors in SHA, it was an honor to fire that gun. In the picture, I am in the #3 position just to the right of the obelisk.