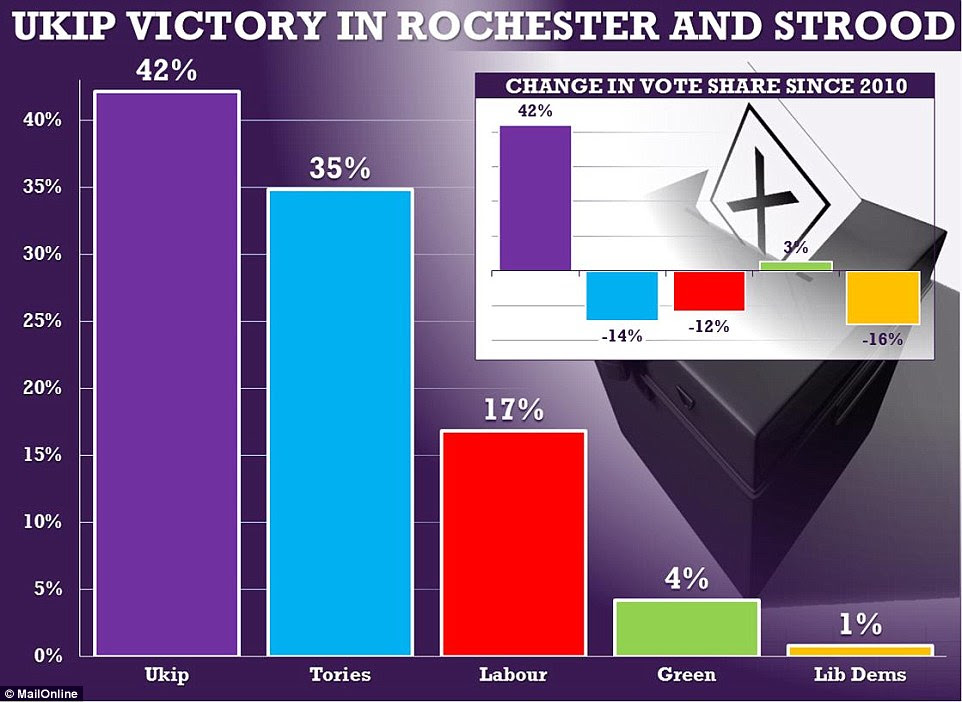 You know what they say: Vote UKIP, get UKIP. This by-election result is huge, because it is presenting the English with a genuine and popular alternative to the single pro-European party and its three factions, Tory, Labour, and Liberal Democrat.

As last night's executive action showed, what Americans need is a genuine American Independence Party. [Where is George Wallace when you need him......?:)]