Can Deer Get High on Raw Marijuana? 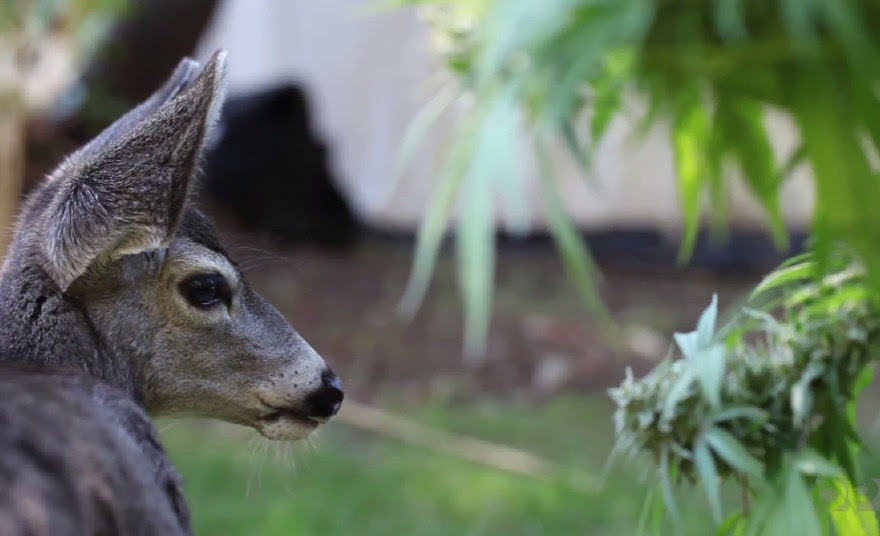 Marijuana plants are hardly a staple in the diets of American cervids, but in Southern Oregon’s Applegate Valley, a deer by the name of “Sugar Bob” spends its days nibbling on marijuana leaves and the occasional bud. The medicinal marijuana farm Sugar Bob frequents belongs to Richard Davis, who became friends with the inquisitive deer and now considers it almost like another pet. As Davis tends to his plants, Sugar Bob will do his part by eating whatever drops onto the ground.
“He’s just eating a big bud, and he’s sitting there and as he’s chewing that he’s just getting sleepier and sleepier. his eyes are just—he’s getting ready to go out,” Davis told Oregon Public Broadcasting.