Gentleman Bob and the Decline of the South 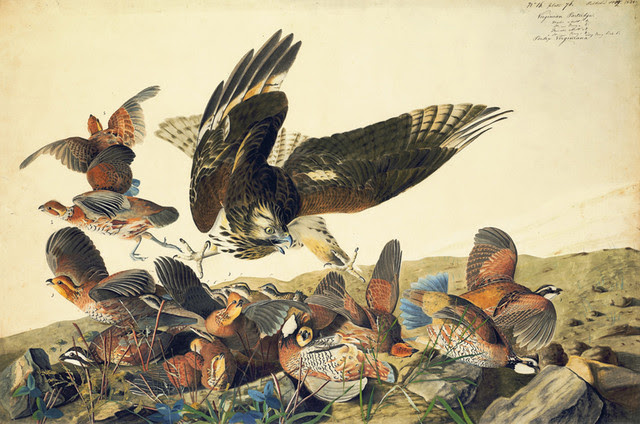 Coal miners have their canaries; we have colinus virginiánus, the bobwhite quail. Like the canary that goes silent as the oxygen levels in a mine drop, so too has the quail gone silent in large swaths of the South.

The decline of Gentleman Bob has been attributed to any number of factors. Wildlife biologists blame the loss and destruction of favorable habitat. Some point to diseases and parasites as the true ravagers of the quail. Myself, I lay the blame at a number of doors. The small farms with their hedgerows and weedy edges, where people, crops, and quail thrived have gone missing. As these habitats began to disappear, wildlife agencies began a curious love affair with such varmints as hawks, coyotes and wolves.

The decline of trapping among the younger generation after the 1960s may have been celebrated heartily in many a fox den, PETA den, and raccoon nest, but not so much by Gentleman Bob who now had more worries to add to his list. Loss of habitat, the ever expanding suburban savannah and its 1” putting green lawns, and game laws that favored predators over prey have left Gentlemen Bob in a bad way.