Shock Pouching Is An Effective Way To Bring Game Home 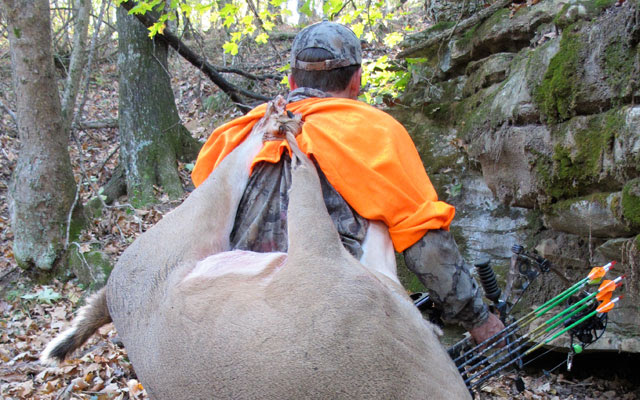 
The list of options for retrieving game out of areas that are inaccessible by vehicle is pretty short. An old mountain man from Arkansas explained to me how his grandmother, back in the 1950s, taught him to carry a deer rather than drag it. She called it “shock pouching.”

This method, which involves using the lower leg portions to make “backpack straps,” allowed the man to carry bucks over 5 miles on his back. With practice you’ll be able to make the straps in less than 15 minutes, and a man of average strength will be able to carry a 145- to 185-pound animal.