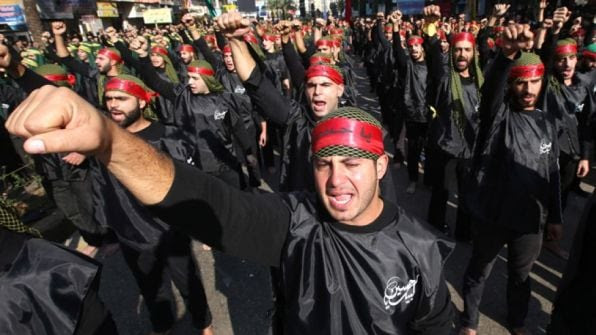 Iranian officers working with the Iranian-backed Hezbollah terrorist organization are fighting their way closer to Israel’s northern border with Syria and could soon be in control of the Syrian side of the armistice line.

A government source from Syria’s Ministry of Information confirmed to WND a report Tuesday from a U.K.-based human rights organization which stated Hezbollah and Iranian forces were leading a counterinsurgency targeting rebel strongholds in Quneitra, just on the other side of Israel’s border with Syria.

The Syrian Observatory for Human Rights said the Hezbollah-Iran axis is also leading battles against Islamist insurgents in Daraa, at the Jordan-Israel border and along the southwest of Damascus province.