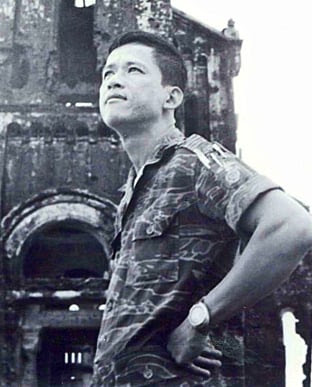 "And they began to yell and scream and curse like mad men. Rebel Yells, blood curdling Rebel Yells. Just like the men who followed Stonewall Jackson and Jeb Stuart. Here in the godforsaken jungles of Vietnam one hundred years later another crazy-like-a-fox Virginian was ordering men to fix bayonets and charge."

"......the story of Le Ba Binh is so incredible, the reader will find himself wondering if he was really a film character. Le Ba Binh can teach leftwing Americans, safe in their Constitution-backed country, the folly of appeasement. His saga, which cannot be detailed here, will serve as a signpost of honor for adults and children alike."

In the early 1970s, under President Richard Nixon’s “Vietnamization” program, the war was being turned over to South Vietnam. Botkin’s film tells the little-known story of a few courageous American and Vietnamese Marines who fought valiantly to thwart the Communist invasion – nearly saving South Vietnam – during North Vietnam’s all-out attack on South Vietnam from the DMZ known as the 1972 Easter Offensive.

In a true-life story, the film shows how, when the unrelenting North Viet­namese Army of 20,000 soldiers and 200 tanks reached the bridge at Dong Ha, their offensive was stopped in its tracks by a small force of just over 700 Vietnamese Marines and U.S. military advisers.

Even though the South Vietnamese Marines had nearly won on the battlefield, they would suffer terribly, starving and spending long years at hard labor after the war as part of the communists’ re-education process.