When the Yankees Come: " Every Yankee I see had the stamp of poor white trash on them". 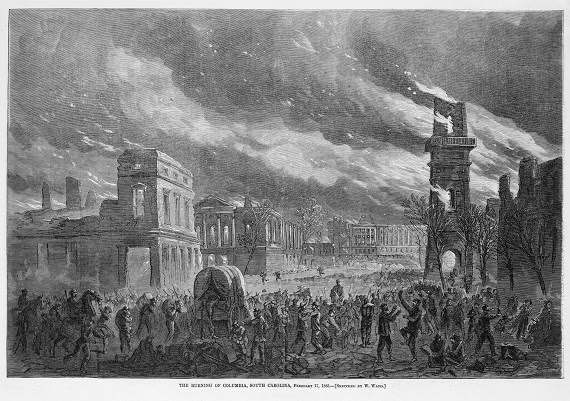 The image that emerges and which seems most reasonable when the pieces are assembled is an imposing and terrible portrait of theft and arson by an invading Army against non-combatants, the destruction of civilian property, spoilage of unused foodstuffs, the slaughter of livestock, all of which, with few exceptions, left a people without the means of feeding themselves—a desolation of Biblical proportion! Thankfully, there are a few acts of humanity by those who wore the blue, but their scarcity in these accounts are a blot on the cause and character of this war of aggression.