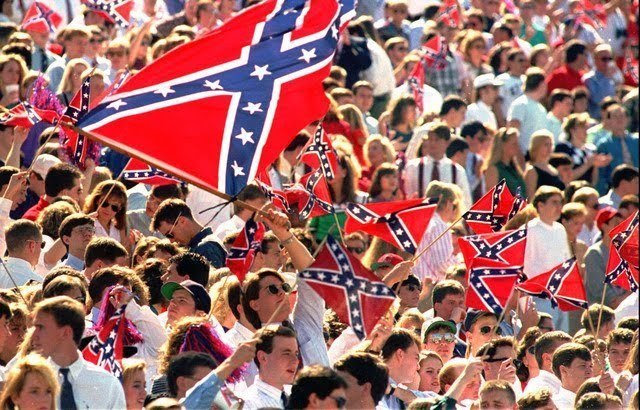 Via Terry "From Phyllis. It will be a cold day in hades before I shop in Wal Mart again"

Walmart, the country's largest retailer, will remove all Confederate flag merchandise from its stores, the company told CNN Monday.


The announcement is the latest indication that the flag, a symbol of the slave-holding South, has become toxic in the aftermath of a shooting last week at a historic African-American church in Charleston, South Carolina. Gov. Nikki Haley announced in a Monday afternoon news conference that she supports removing the Confederate flag from the state capitol grounds.

Walmart.com currently carries the Confederate flag as well as attire featuring the flag's design, such as T-shirts and belt buckles.