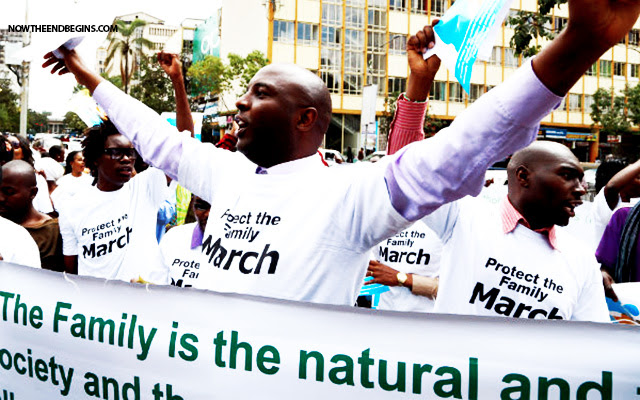 EDITOR’S NOTE: Having turned America into a modern-day Sodom and Gomorrah, US president Barack Obama wants to bring his rainbow gospel to Africa. But the Africans, who are very pro-family, anti-abortion and anti-same sex marriage, have a stern warning for him should he try to do that. They said “we shall tell him to shut up and go home”.  Amen.

NAIROBI – Mobs of Kenyans rallied in Nairobi on Monday against homosexuality and a lawmaker warned U.S. President Barack Obama should not push a pro-gay agenda when he visits the country later this month.