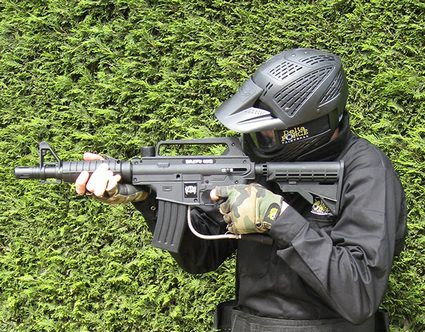 Evidently, not a parody.
Police in one Belgian city are now being armed with paintball guns.

Rapid response units in Antwerp are being handed the non-lethal weapons, familiar to stag doers and wannabe warriors across the world.

Police chiefs say that the new semi-automatic firearms are designed to be used in densely-populated areas.

And police bosses hope that they will help neutralise dangerous suspects without actually killing them.