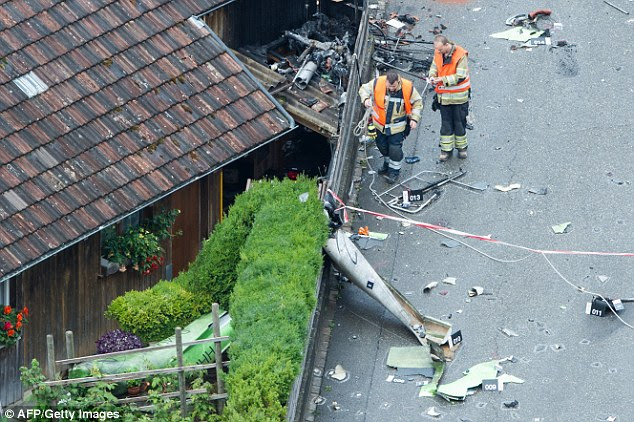 A pilot died and another parachuted to safety when two planes collided at an airshow in northern Switzerland.

The two aircraft touched in mid-air just before crashing in the hillside village of Dittingen near Basel at about 11.15am local time today.

The automatic rescue system of the first plane did not activate and the 50-year-old pilot, whose identity has not been revealed, was inside the aircraft as it crashed into a barn in the centre of Dittingen. Nobody else was hurt in the crash.