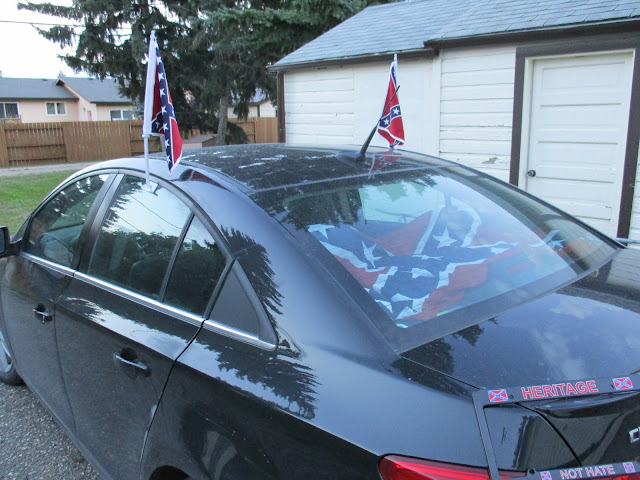 His run was successful, but hasn't updated the post yet.

Whew! Fate works in funny ways....just when I'd given up hope, my Heritage Not Hate license plate borders and Confederate flags showed up! From what I have seen and heard, September 5th/2015 seems to be a favorable day to fly a Confederate Flag. There are many honorable and legitimate organizations in the Southern United States that will make an honest effort to have educational and peaceful rallies.

So in support of the Confederate Flag and the efforts put forth in the South, I'm going for a wee drive tomorrow. The route on September 5th/2015 will cover roughly 500 kilometers, and start in southern Saskatchewan. I'll tour the circular freeway called "Ring Road" in Regina Saskatchewan a time or two starting about 9:00 AM. I'll then drive to Saskatoon and tour their circular freeway called "Circle Drive" a time or two in early afternoon. This will effectively flag the two busiest freeways of the two largest cities in Saskatchewan.
More @ South Asks Southerner
Posted by Brock Townsend at Wednesday, September 09, 2015