Stunningly Inaccurate: Polls Were Off 7.4 Points in States Trump Won 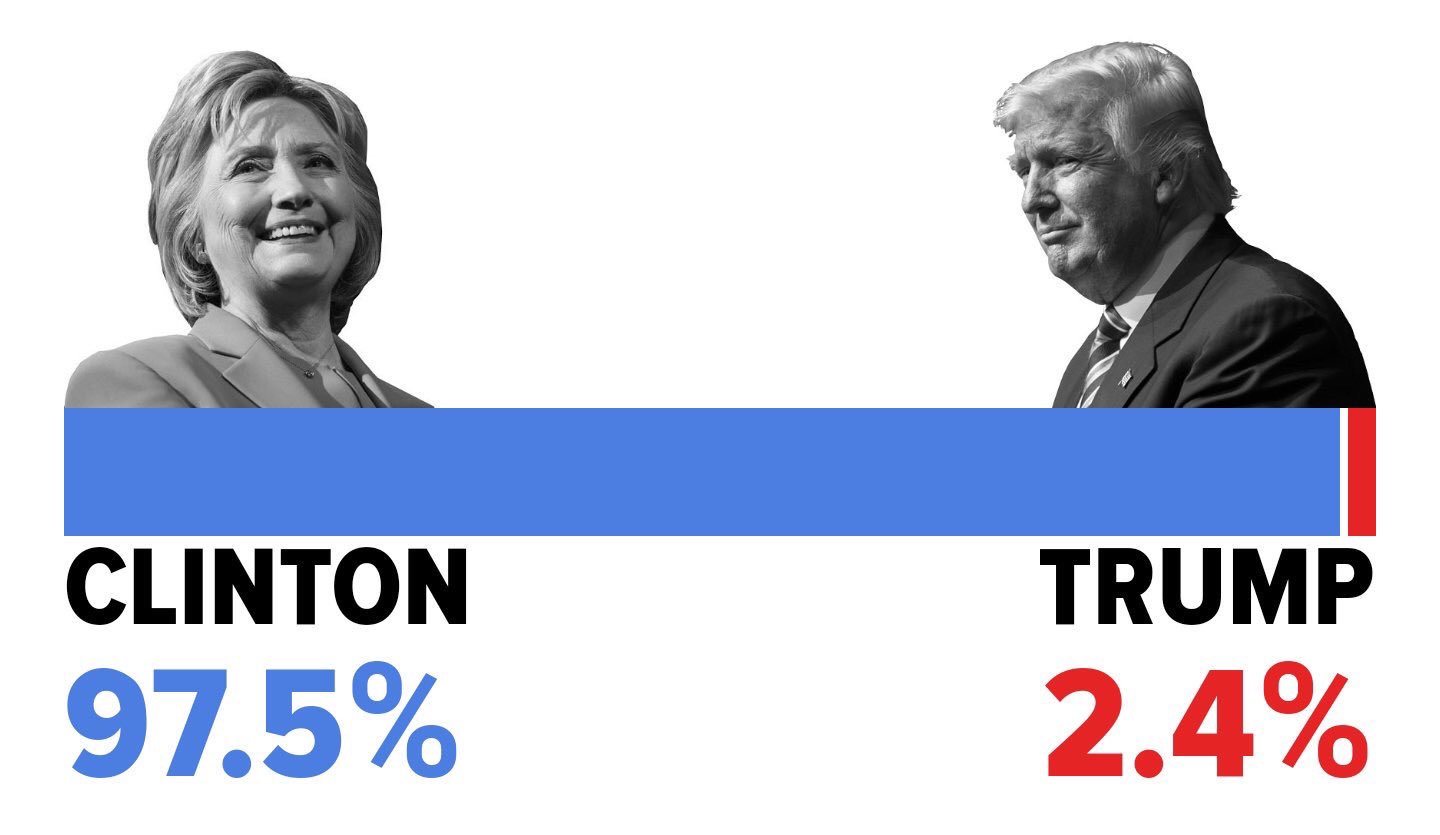 We told you.
The pollsters were not just wrong this year they COMPLETELY MISSED the wave of support for DONALD TRUMP.

Arnon Mishkin, head of FOX News Decision Desk, went on America’s Newsroom on Wednesday to defend the inaccurate FOX News poll that showed Hillary Clinton up by 4 points. The final results have Hillary winning the popular vote by less than 1%.

Donald Trump won the battleground states in a landslide.

Where the polls were wrong were in state level versions. You look at specifically Pennsylvania, Ohio, really Midwestern states. They had a high turnout of whites without a college degree and they weren’t just off… They weren’t just off for Trump. They were off 7.4 points on average on states that Trump won and they were still off 3.7 points in states that Clinton won.


More with video @ The Gateway Pundit
Posted by Brock Townsend at Thursday, November 10, 2016