Trump to stick with conservative list for next Supreme Court pick 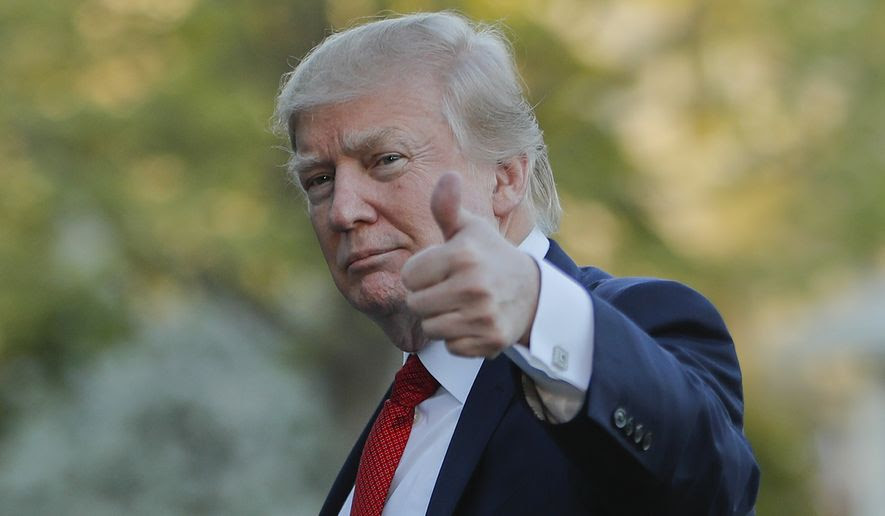 President Trump will stick with the same list of potential nominees for the next Supreme Court vacancy, he told The Washington Times in an exclusive interview in which he also waved aside the lack of a honeymoon from Capitol Hill, saying Republicans are “going to get there” and Democrats are still smarting over losing an election they thought they couldn’t lose.

Speaking in the Oval Office, Mr. Trump said a repeal of Obamacare would have passed the House last week if Republican leaders had put it up for a vote. He now expects a vote early in May, which he acknowledged is outside the 100-day time frame he had hoped for but still much shorter than the 15 months it took President Obama to have the national health care bill enacted.

He also said he expects the near-universal opposition to his agenda from congressional Democrats to wane.

“I notice it calming down,” he said.


More @ The Washington Times
Posted by Brock Townsend at Monday, May 01, 2017