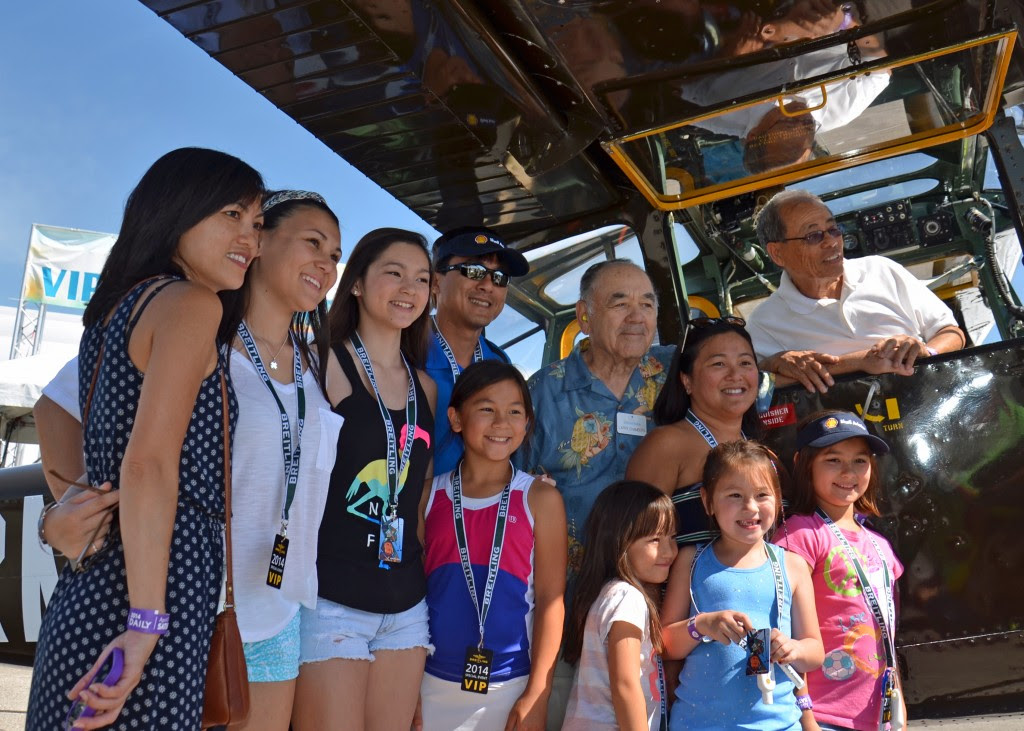 Buang-Ly and Family with Admiral Chambers at the Sun ‘n Fun Expo.

PENSACOLA, Fla. - Members of a Vietnamese family were reunited with the U.S. Admiral who saved their lives by dumping $10 million worth of helicopters in the sea so they could land a small plane on the deck of his aircraft carrier.

South Vietnamese Major Bung Lee, his wife and their five children had crammed into a single-seat Cessna O-1 Bird Dog to escape from their homeland as it was overrun by communist forces in April 1975.

It appeared they would be unable to land on the USS Midway in the South China Sea because its flight deck was filled with helicopters used to evacuate Saigon. Rear Admiral Lawrence Chambers, now retired, ordered the deck cleared.

Lee and Chambers reminisced about the landing at the U.S. Naval Aviation Museum, where the tiny plane was on display Friday.

Another retired Admiral, Magruder Tuttle, bought the plane for an undisclosed price 13 years ago and donated to the Museum at Pensacola Naval Air Station.

Lee, now a waiter at a Polynesian restaurant at Walt Disney World; his wife Van, an electronic worker, and four of their five children came from their Winter Park home for the dedication ceremony.

Lee had flown through Viet Cong fire in dense fog, heading out to sea without knowing what was a head. The plane was miles from shores and running low on fuel when he spotted the Midway.

Lee had no radio, so he attempted to drop a note onto the deck asking permission to land. He said he was afraid to fly too low for fear the crew might think it was under attack and shoot down the plane.

Three times he dropped notes attached to a knife, a boot and a key chain, but it was too light and blew away.

On the fourth attempt, a note tied to Lee,s survival pistol hit the carrier,s deck. It read.


Can you move these helicopters to the other side, I can land on your runway, I can fly one hour more, we have enough time to move. Please rescue me, Major Bung-Ly, wife and 5 children 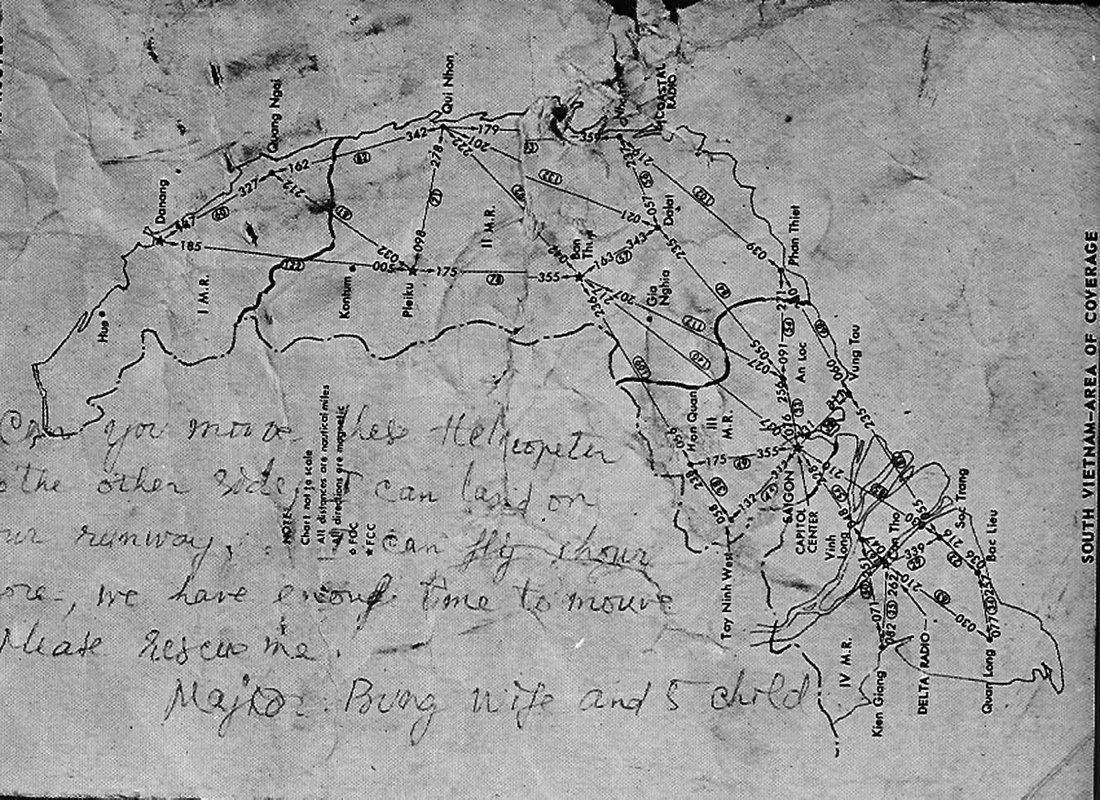 Chambers said there was not space to move the UH-1 Huey helicopters, so he ordered them pushed overboard. The single-engine plane touched down once, bounced and rolled to a stop.