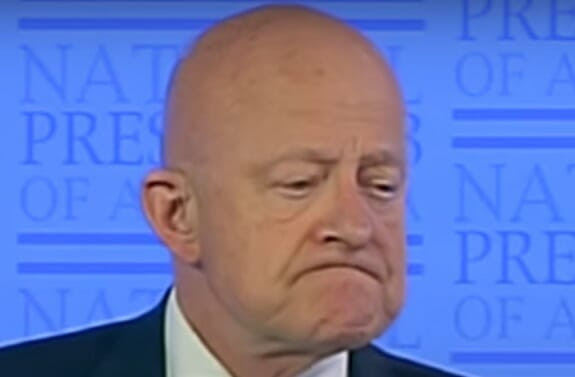 Now of course this is after he initially denied the Intelligence Community was spying on Donald Trump.
The Deep State liars have gone from denial to celebrating the illegal spying.

While speaking to Clapper, CNN’s Don Lemon referenced the NY Times article which revealed the FBI embedded at least one spy in Trump’s camp during the 2016 election.

Clapper the leaker immediately went into spin mode and brought up those pesky Russians.

“They may have had someone who was talking to them in the campaign, but, you know, the focus here is not on the campaign, per se, but what the Russians were doing,” Clapper said.

Right, the Russians were the focus, not American citizens…