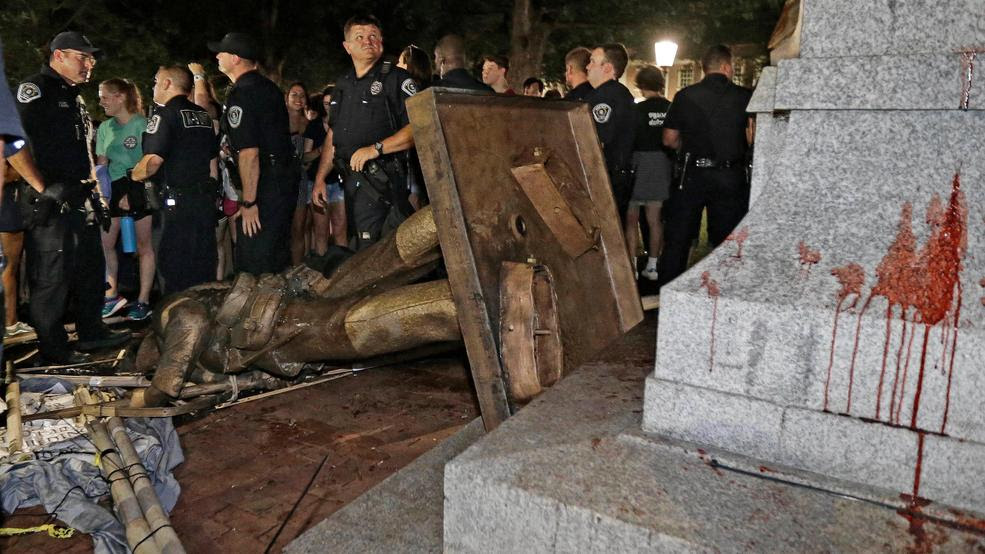 North Carolina university officials and a former governor condemned the toppling of a century-old Confederate memorial on the state’s flagship campus by protesters who said its presence on campus was rooted in racism.

The University of North Carolina system’s president and the chairman of the Board of Governors on Tuesday promised a full criminal investigation of the protest that brought down the statue known as “Silent Sam.” The bronze figure of an anonymous rebel soldier was pulled down from its tall stone pedestal Monday night by protesters using ropes and banners to mask their action.