51% Favor Imprisoning Terrorist Suspects Even Without Evidence to Convict 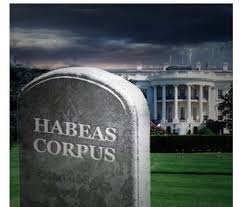 policy of imprisoning suspected terrorists if they are considered a danger even if there is insufficient evidence to convict them. Just half as many (26%) oppose such a policy, but 23% more are undecided. (To see survey question wording, click here.)
Posted by Brock Townsend at Wednesday, April 17, 2013