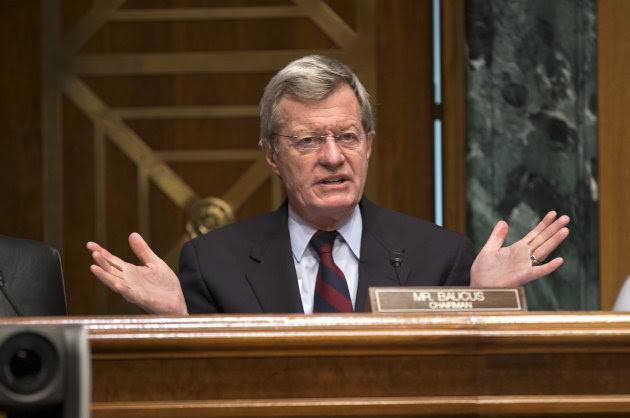 
"I just see a huge train wreck coming down," Senate Finance Committee Chairman Max Baucus, D-Mont., told Obama's health care chief during a routine budget hearing that suddenly turned tense.
Baucus is the first top Democrat to publicly voice fears about the rollout of the new health care law, designed to bring coverage to some 30 million uninsured Americans through a mix of government programs and tax credits for private insurance that start next year. Polls show the public remains confused by the complexity of the law, and even many uninsured people are skeptical that they will be helped.

A six-term Democrat, Baucus expects to face a tough re-election in 2014. He's still trying to recover from approval ratings that nosedived amid displeasure with the health care law in his home state.