IRS Scandal Seen Having a Chilling Effect on Audits 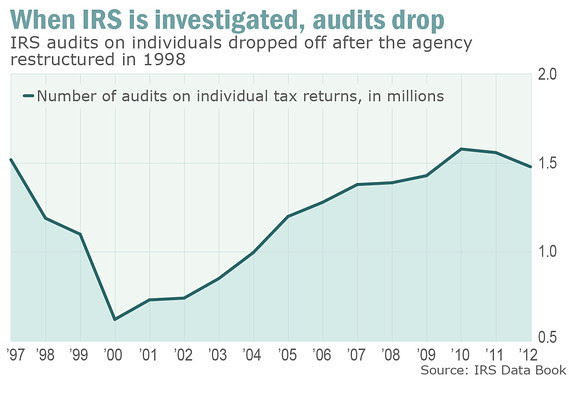 The blossoming IRS scandal may be welcomed by Americans who hope to avoid the unblinking eye of the national tax agency, as the last time the IRS was in such a public mess, tax audits fell by 50 percent, according to MarketWatch.

After 1998, when Congressional hearings led to criticism and a reorganization of the IRS, audits subsequently fell to 620,000 in 2000, and the share of taxpayers audited dropped to 0.5 percent from 1 percent.

During that time of reform, IRS employees were wary of being reprimanded for taking enforcement actions, MarketWatch reported.