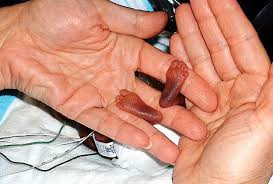 The Republican-led House on Tuesday passed a far-reaching anti-abortion bill that conservatives saw as a milestone in their 40-year campaign against legalized abortion and Democrats condemned as yet another example of the GOP war on women.

The legislation, sparked by the murder conviction of a Philadelphia late-term abortion provider, would restrict almost all abortions to the first 20 weeks after conception, defying laws in most states that allow abortions up to when the fetus becomes viable, usually considered to be around 24 weeks.

It mirrors 20-week abortion ban laws passed by some states, and lays further groundwork for the ongoing legal battle that abortion foes hope will eventually result in forcing the Supreme Court to reconsider the 1973 Supreme Court decision, Roe v. Wade, that made abortion legal.

In the short term, the bill will go nowhere. The Democratic-controlled Senate will ignore it and the White House says the president would veto it if it ever reached his desk. The White House said the measure was "an assault on a woman's right to choose" and "a direct challenge to Roe v. Wade."

But it was a banner day for social conservatives who have generally seen their priorities overshadowed by economic and budgetary issues since Republicans recaptured the House in 2010.

Penny Nance, president of Concerned Women for America, called it "the most important pro-life bill to be considered by the U.S. Congress in the last 10 years."