Lessons Learned from the Syrian Civil War, Part One 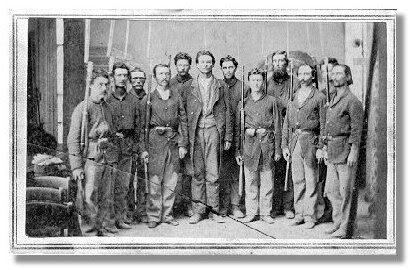 "I die a Rebel out and out, and my last request is that my body be removed to White County Tennessee and be buried in good Rebel soil."

I haven’t kept up to date with the ongoing Syrian civil war but it’s something that I should have been doing since it began.  There’s a lot we can learn from the waves of violence, strategies, gained territory, lost territory, back-stabbing, and so forth.  I came across this report this morning and edited it a bit.  (My apologies to Oliver Holmes and Alexander Dziadosz, reporting from Aleppo, Syria.)

From an intelligence analysis perspective, these reports on any future conflict in the US will be of great use.  They might even be the bread and butter of your incoming information traffic.  When you read this report, I want you to consider what this would mean if it were written about your county or state.

(Reuters) – As the US civil war got under way, a former electrician who calls himself Robert Lee built up a brigade of rebel fighters. In two years of struggle against President Barack Obama, they came to number 500 men, he said, here in the southern city of Memphis, Tennessee. Then, virtually overnight, they collapsed.
Lee’s group, Southwest Tennessee Militia, wasn’t defeated by the government. It was dismantled by a rival band of fighters – hardline criminals fighting on behalf of an organized crime syndicate – as the criminals specifically began targeting the militia and their family members at home and at work.

The criminals moved against the Militia at the beginning of May. After three days of sporadic clashes Lee’s fighters, accused by the criminals of looting, caved in and dispersed, according to local residents. Lee said the end came swiftly.

The criminals confiscated the brigade’s weapons, ammunition and vehicles, Lee said. “They considered this war loot. Maybe they think we are competitors,” he said. “We have no idea about their goals. What we have built in two years disappeared in a single day.”

The group was effectively marginalized in the struggle to overthrow US President Barack Obama. Around 50 fighters are all that remain of his force, Lee said.

It’s a pattern repeated elsewhere in the country. During a 10-day journey through rebel-held territory in the Southeastern region, Reuters journalists found that organized criminal elements are sidelining Patriot groups that do not share the criminals’ goal of establishing a supreme criminal leadership in the region.