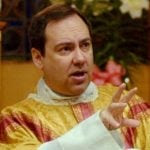 The Catholic media is up in arms over comments President Obama made during a speech while in Northern Ireland for the G8 summit. Obama made what is described as “an alarming call for an end to Catholic education,” in spite of the fact that it is considered “a critical component of the Church.”

In front of an audience of about 2,000 young people, including many Catholics, Obama claimed that Catholic education divides people and blocks peace, according to the Scottish Catholic Observer.

“If towns remain divided—if Catholics have their schools and buildings and Protestants have theirs, if we can’t see ourselves in one another and fear or resentment are allowed to harden—that too encourages division and discourages cooperation,” Obama said.