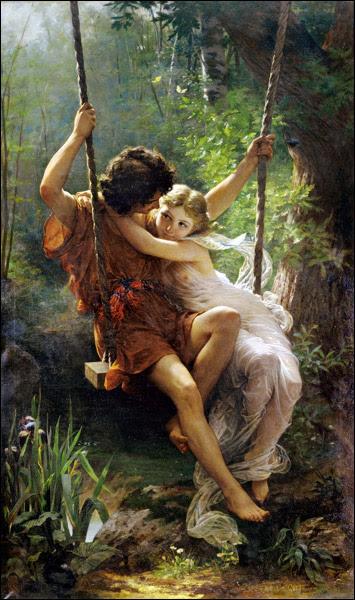 The Bundy Effect - The next family threatened, the next activist individual or group arrested or black-bagged without legitimate cause, the next major false flag, the next use of military forces as civil law enforcement, the next unConstitutional misstep, and I have no doubt whatsoever in my mind that a revolt will erupt. It's not about making grand predictions; it's about examining the logical odds, and the odds are high.
Brandon Smith at alt-market.com

Remus says - ISIS took Mosul with 800 lightly armed irregulars against 30,000 regulars with artillery, armor and air. There's a difference between motivated warriors and paid uniform-fillers. They don't belong on the same battlefield. Nothing reveals this more clearly than a civil war.

IRS's obstruction of justice - Lerner's computer sent those emails through a mail server. That server is a centralized device that, in a government installation is, with a high degree of certainty, backed up and those backups are archived on a permanent basis... I don't believe there are no backups of both the server and Lerner's computer. This means that they were almost-certainly deliberately destroyed, which is a crime.
Karl Denninger at market-ticker.org


Modest proposal - If I were president, or if I were in the House or Senate, I'd load a bus up every day with illegal immigrants, say 50 per day. Then I would lock them in the appropriate embassy... Or, if that didn't work, every flight from a (flag carrier) airline would be making its southbound flights full of illegals.
George Ure at peoplenomics.com

Seeding the country with criminal aliens - The ones we are losing are convicted felons, aliens from special interest countries, and other high risk individuals... we have been releasing aliens, through ICE, in Brownsville, Texas and McAllen, Texas. We have been ordered to go out of our way to bus them to those locations for release because they are cities of mostly Hispanic heritage, so fewer people will notice or care. We have been doing that for months before the stories broke in Phoenix, Arizona a couple of weeks ago.
Unidentified BP Agent, via Adan Salazar at infowars.com

Career dilemma - Accusations of siding with the enemy leave Sgt. Bergdahl with only two options: pursue a doctorate at Berkley or become a Senator from Massachusetts.
thepeoplescube.com

Just who is America's police force, and by extension the Obama administration, which is behind this quiet militarization of local police forces with weapons that would normally be seen in a warzone, preparing for war against?, asks Tyler Durden in this article, Across America, Police Departments Are Quietly Preparing For War, at Zero Hedge.

The American voter has placed untrustworthy people in positions of power and kept them there when they have clearly demonstrated that they have violated that public trust. Has America lost her ability to stand up against the tyrants and do what is right rather than what is easy? Obviously, this administration thinks you are as corrupt as they are and will vote them back into office or these young children would not be streaming into America to tug at your hearts and empty your heads of reason, says this statement from the National Association of Former Border Patrol Officers, via Bob Unruh at WND.

As the issue nears crisis level, numerous indicators suggest the United States had long anticipated this very same mass influx and even attempted to schedule plans for it in advance... Despite Obama’s 2009 promise to end veteran homelessness by 2015, a nearly impossible goal which the president has less than six months to accomplish, accommodations for illegal immigrants have been virtually taken care of overnight.
Salazar and McAdoo at infowars.com

U.S. Border Patrol agents are being recruited to serve as babysitters for the influx of illegal immigrant minors that have entered the country recently through the Rio Grande region of Texas... This is the front-line federal agency responsible for preventing terrorists and weapons of mass destruction from entering the United States... The special detail calls for 140 agents to staff and operate a Nogales “placement center” at full capacity, 24 hours a day, 7 days a week for the “foreseeable future,” the memo says.
judicialwatch.org/blog

A law-enforcement source in Texas tells me this week that countless illegal aliens are being released into the general public despite testing positive for tuberculosis. “The feds are putting them on public transportation to God knows where,” he said.
Michelle Malkin at nationalreview.com

McCain's Sword of Democles - It is believed by many crewmen and those who have investigated the case that McCain deliberately “wet-started” his A-4E to shake up the guy in the plane behind his A-4. “Wet-starts” shoot a large flame from the tail of the aircraft. In McCain’s case, the “wet-start” apparently “cooked off” and launched the Zuni rocket from the rear F-4 that touched off the explosions and massive fire. The F-4 pilot was reportedly killed in the conflagration. McCain was quickly transferred to the USS Oriskany... it is between “very unlikely” and “impossible” for the Forrestal “wet start” to have been accidental.
Wayne Madsen at waynemadsenreport.com

Remus says - Aside from whether McCain wet-started his plane or not, there was the matter of shortcuts, the missiles were accidentally wired hot-to-fire before they should have been because two safety bypasses happened, each made without knowledge of the other. The flight deck was also chock-full of 1,000 bombs made in 1935. The crew was anxious to get them off their ship, they were dripping and unstable. Other than missiles, "only" those thousand-pounders detonated in the fire. Just to round out the screwups, some bomb mounts were only rated for 500 pounders. But such is war, this is how combat operations really are.