How Much Will Obama’s Executive Action on Immigration Cost? 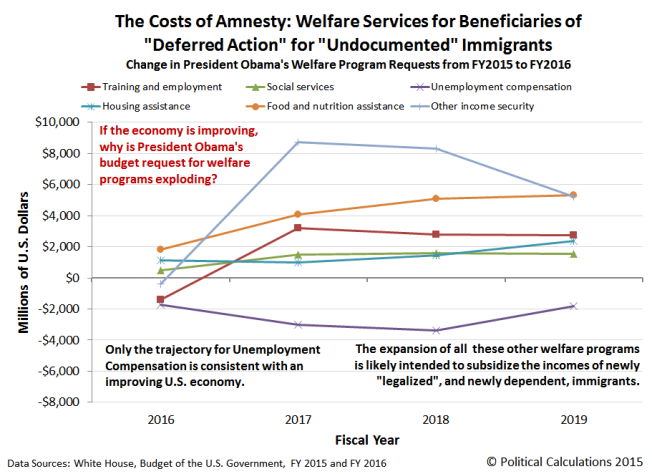 First, it’s helpful to recall that White House budget proposals can tell us a lot about a president’s ambitions and expectations. In our previous installments, we’ve found indications that President Obama is conceding that his foreign policy is failing and that he believes that the outlook for the U.S. housing recovery is dimming.

Following up that last observation, it was natural to next examine the amount of spending that President Obama is proposing to spend during the next four years for the federal government’s major welfare/economic security programs. Here, if President Obama believes that the U.S. economy is heading toward recession, he would be proposing large increases in the amounts budgeted for federal welfare programs.