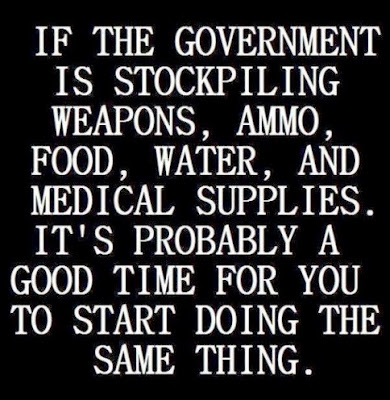 The following is a study I've done proving that the active militarization of police dramatically increased after the financial crisis of 2008. The U.S. military's nationwide Civil Disturbance Operations, Jade Helm and ARSOF Operating Concept are all a cohesive preparation for a forthcoming nationwide economic collapse, civil unrest and martial law due to widespread food shortages and lack of emergency services. It's all connected, ladies and gentlemen, and I'll show you how.


More @ America The Battlefield
Posted by Brock Townsend at Wednesday, May 20, 2015