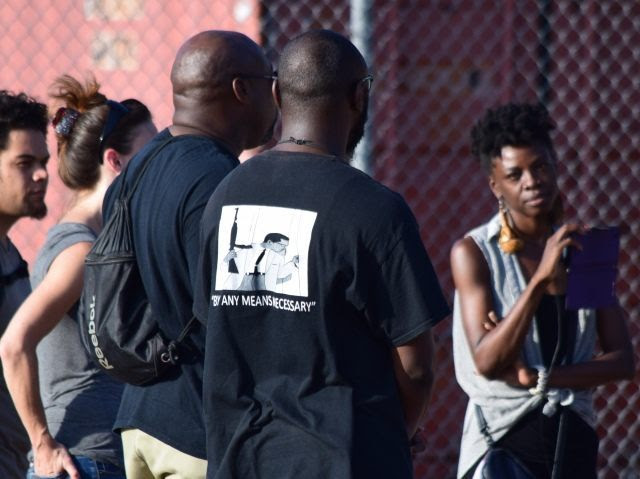 We've got your means.

It never stops, and won’t. Another state of emergency in Ferguson. Headline: “Post-Dispatch Reporter Recovering after Attack while Covering Ferguson.”

He was photographing break-ins.

“The attackers punched him in the face, hit him in the head at least three times and kicked him in the back of the head when he was on the ground, Hampel said.”

This is normal behavior for those doing it. Interesting is that several white men showed up calling themselves Oath Keepers and carrying serious rifles. Depending on which news account you believe, they were there to protect stores or people. Either way, it looks like another step toward The Big One.


More @ Fred On Everything
Posted by Brock Townsend at Thursday, August 13, 2015