Armed Black Panthers March in Texas: ‘Off the Pigs’ 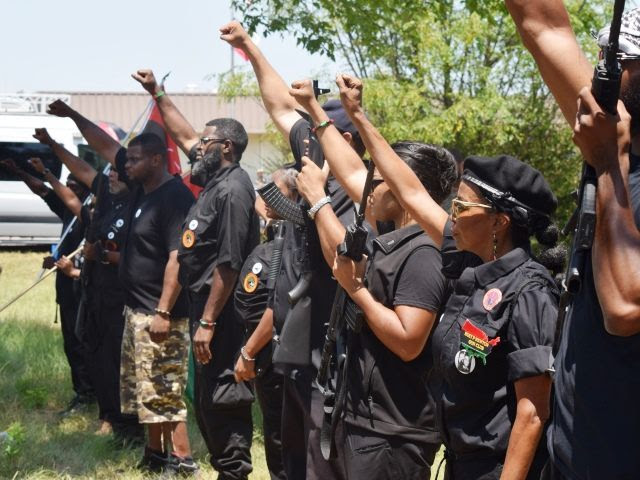 A group of armed members of the New Black Panther Party marched on the Waller County Jail Wednesday afternoon chanting “The revolution is on… Off the pigs,” and “Oink Oink… Bang Bang!” The group of about fifteen Black Panthers exercised their First and Second Amendment rights. The group was met in Waller County by a large contingent of Harris County (Houston) Sheriff’s Office deputies.