NC: Never fight back against home intruders. DO NOT RESIST! 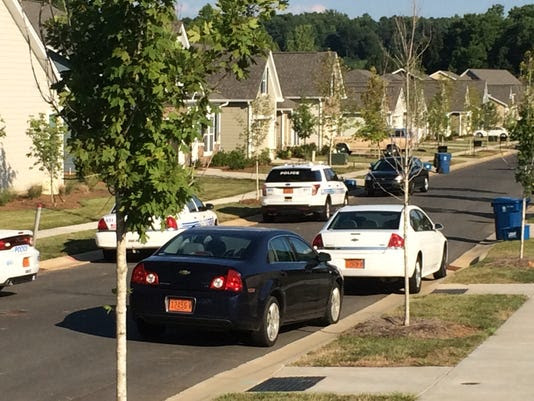 Not a parody, believe it or not.

-- Try to stay calm: Don't make any sudden movements to upset the robber.

-- Tell the robber about anything that might surprise him for example, someone is on their way home.

-- If you have to move or reach, tell the robber what you're doing.

-- And of course, try to get a good look at the robber so you can describe them later.


A resident defending his property shot an attempted breaking and entering suspect, ultimately leading to his arrest Wednesday evening.

Around 3:30 Wednesday, police say a resident came home to his residence in the 8300 block of Merryvale Lane to find two subjects inside his home. During the confrontation, police say the resident fired shots at the suspects. One of the suspects fled on foot, while the other fled in a vehicle.

A short time later, CMPD received word of an accident at the intersection of Sam Wilson and Old Dowd Roads; there they found a vehicle stopped in the middle of the road with the driver suffering a life threatening gunshot wound. The driver was taken to CMC Main by Medic.