Via comment by Anonymous on Did The EPA Intentionally Poison Animas River To S... 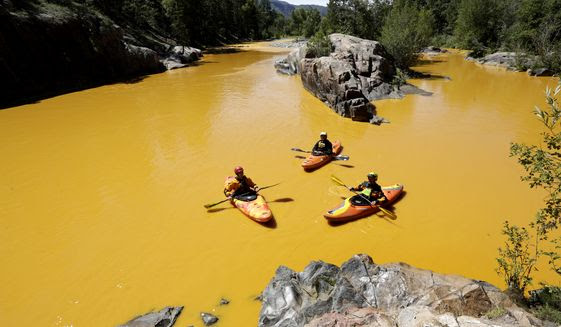 The EPA is trying to *cheat Navajo Indians by getting them to sign away their rights to future claims from the agency’s Gold King Mine disaster, tribal officials charged Wednesday, adding more to the administration’s public relations problems over the spill that threatens critical Southwest waterways.

Environmental Protection Agency officials were going door to door asking Navajos, some of whom don’t speak English as their primary language, to sign a form that offers to pay damages incurred so far from the spill, but waiving the right to come back and ask for more if their costs escalate or if they discover bigger problems, Navajo President Russell Begaye told The Washington Times.