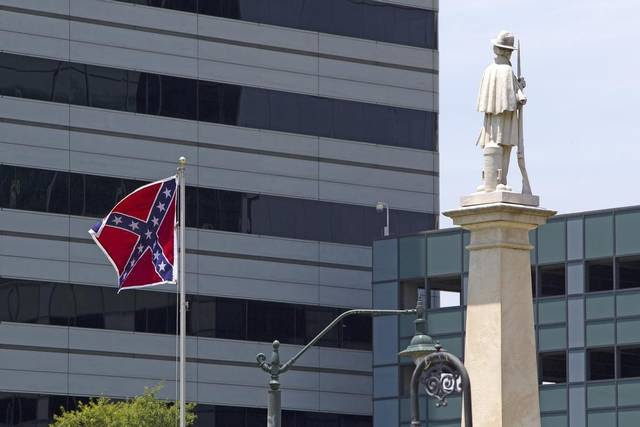 After its removal from the State House grounds a year ago, the Confederate flag was back – if just for the day.

Flag supporters staged a rally on the grounds Sunday – the one-year anniversary of the flag’s removal from a Confederate soldiers memorial – where an honor guard of Confederate re-enactors raised the flag once again on a temporary pole in the same spot.

But it would fly only until the event permit expired, at 5 p.m. Sunday.