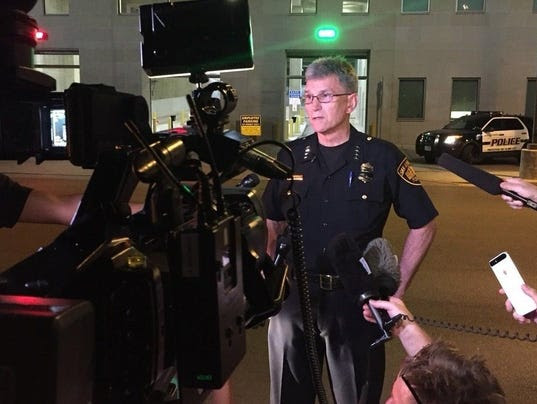 Multiple gunshots were fired at the San Antonio Police headquarters building Saturday night, and police are seeking a suspect who was seen running from the area, SAPD Chief William McManus said.
The shots were fired just before 10 p.m. Saturday. There were no reports of injuries, but bullet marks were found on the exterior wall of the building, McManus said. Shell casings were discovered in a nearby alley.