The Other William C. Falkner 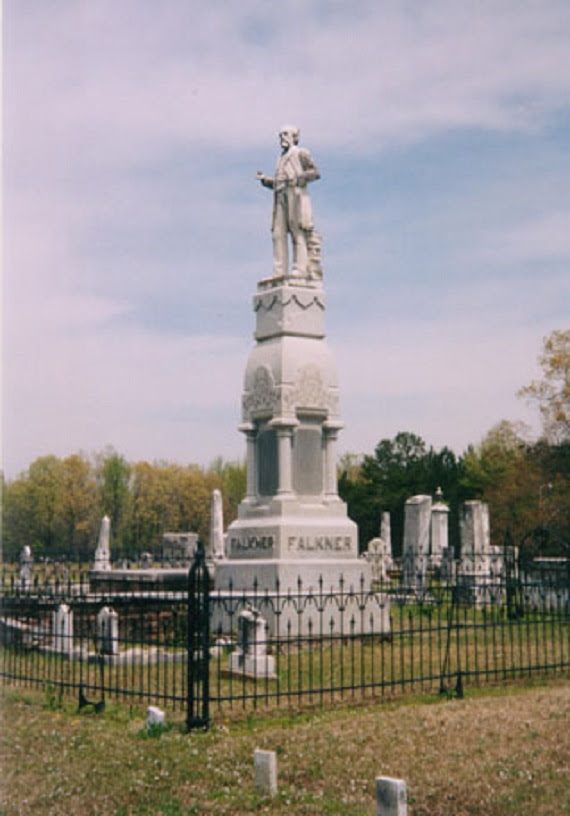 The date was Tuesday, November 5th . . . the year was 1889 . . . federal and local elections were being held in twenty states throughout America.  In addition to the elections in Virginia that day, the newly launched steamer “New York” was setting out on her trial run from Norfolk.  Further south, after winning a seat in the Mississippi Legislature, Colonel William Clark Falkner was taking a casual evening stroll along Main Street in his hometown  of Ripley.  As he passed the law office of his former business associate, Richard J. “Dick” Thurmond, just opposite the Tippah County Courthouse, a shot was fired by Thurmond and Falkner collapsed in the street mortally wounded.  By an odd quirk of fate, on May 8th,  just forty years previously, a man with whom Falkner had served in the Mexican War, Robert Hindman, had also attempted to shoot Falkner at almost the exact same spot in Ripley.  However, when Hindman’s pistol misfired, the intended victim drew out a large Bowie knife and stabbed his assailant to death.  While there are various theories concerning the deadly altercation between the two former soldiers, the one most accepted is that both had been in love with the same girl, Holland Pearce, and when she married Falkner in 1848, Hindman sought revenge a few months later.