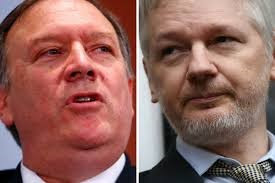 You would think that by the time a person becomes the Director of the CIA, he would have a correct understanding of the Constitution, which is the founding document of the federal government, which the CIA is part of. This should be especially true when the CIA Director is a former member of Congress, a graduate of West Point, and the holder of a law degree from Harvard.

Embarrassingly, such is not the case with CIA Director and former U.S. Congressman Mike Pompeo. In a speech delivered at the Center for Strategic and International Studies in Washington, D.C., Pompeo demonstrated a woeful lack of understanding of the Constitution and the Bill of Rights, specifically the First Amendment.

Referring to his belief that WikiLeaks official Julian Assange, who is a citizen of Australia, should be indicted and prosecuted by the U.S. government for revealing secrets of the U.S. national-security establishment, Pompeo stated: